The pharmacodynamics of spironolactone, an antimineralocorticoid and antiandrogen medication, concern its mechanisms of action, including its biological targets and activities, as well as its physiological effects. The pharmacodynamics of spironolactone are characterized by high antimineralocorticoid activity, moderate antiandrogenic activity, and weak steroidogenesis inhibition. In addition, spironolactone has sometimes been found to increase estradiol and cortisol levels and hence could have slight indirect estrogenic and glucocorticoid effects. The medication has also been found to interact very weakly with the estrogen and progesterone receptors, and to act as an agonist of the pregnane X receptor. Likely due to increased activation of the estrogen and/or progesterone receptors, spironolactone has very weak but significant antigonadotropic effects. 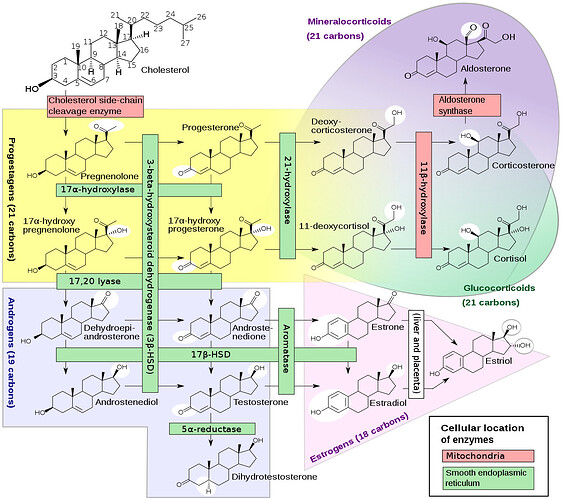 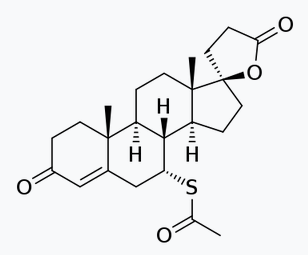 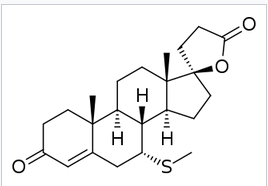 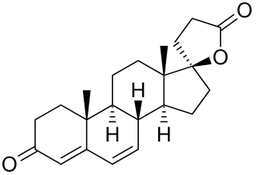 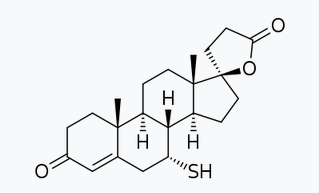 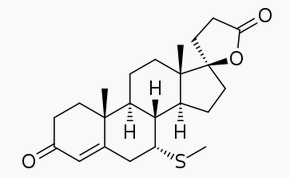 Spironolactone, similarly to other steroidal antiandrogens such as cyproterone acetate, is actually not a pure, or silent, antagonist of the AR, but rather is a weak partial agonist with the capacity for both antagonistic and agonistic effects.[38][39][40][41] However, in the presence of sufficiently high levels of potent full agonists like testosterone and DHT (the cases in which spironolactone is usually used even with regards to the “lower” relative levels present in females),[41] spironolactone will behave more similarly to a pure antagonist. Nonetheless, there may still be a potential for spironolactone to produce androgenic effects in the body at sufficiently high dosages and/or in those with very low endogenous androgen concentrations. As an example, one condition in which spironolactone is contraindicated is prostate cancer in men being treated with androgen deprivation therapy,[42] as spironolactone has been shown in vitro to significantly accelerate carcinoma growth in the absence of any other androgens.[39] In accordance, three case reports have described significant worsening of prostate cancer with spironolactone treatment in patients with the disease, leading the authors to conclude that spironolactone has the potential for androgenic effects in some contexts and that it should perhaps be considered to be a selective androgen receptor modulator (SARM), albeit with mostly antagonistic effects.[43][44][45] However, in another case report, spironolactone was effective in normalizing prostate-specific antigen in a man with prostate cancer.[46] In addition, spironolactone has been studied limitedly in the treatment of prostate cancer.[47][48]

Spironolactone is described as having relatively weak antiandrogenic activity.[52][49][53][54] Nonetheless, it is useful as an antiandrogen in women, who have low androgen levels compared to men.[55][56] In addition, considerable incidences of gynecomastia, decreased libido, and erectile dysfunction have been reported in men taking very high doses of spironolactone (200 to 400 mg/day).[55]